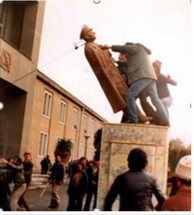 ​​​​
​From Miniskirt to Hijab: A Girl in Revolutionary Iran - A Personal Journey
​​​The Iranian Revolution of 1979, is arguably the most significant event in the modern history of the Middle East which dramatically changed the stability and the structure of the region. In this lecture, will discuss the dynamics of how the revolution overthrew the Pahlavi monarchy and succeeded with the establishment of an Islamic republic. Other topics such as the American Hostage Crisis, the history of Iran-U.S. relations, the Iran-Iraq war, and human rights in the region, will also be examined. 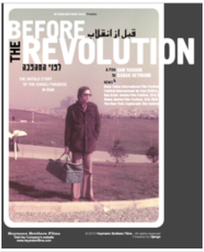 ​​​​Before the Revolution: The Untold Story of the Israeli Paradise in Iran.
(Film screening with copyright permission from producer, Dan  Shadur, followed by a discussion and analysis of the movie and events).
After the 1979 revolution, Iran severed all diplomatic and commercial ties with Israel. However, Israel and Iran once had a mutually prosperous political and economic relationship. The documentary thriller, "Before the Revolution," shows how the Israelis living in Tehran enjoyed great privilege and wealth. Then, in 1979, with the Islamic Revolution, suddenly, Israelis were the enemies and feared for their very lives. Following the screening of this film, Jacqueline Saper will further explain, comment, and discuss the story of the tidal wave that hit Iran and the Israelis who were caught in its path. 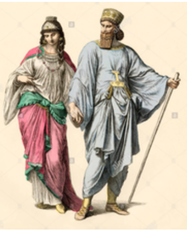 ​​​​The Persian Empire: Cyrus the Great
In 559 BC, a leader by the name of Cyrus rose among the Persians. He proceeded to capture the Greek cities along the Aegean Sea, and from the south conquered the city of Babylon. Cyrus became the first king of the Persian Empire who allowed the people of the conquered regions to keep their own traditions. His tolerance and respect for his subjects has been admired throughout the world for many centuries. The Cyrus Cylinder has been recognized as the first charter of human rights. In this lecture we will be transformed to a spectacular ancient past and get an understanding of Zoroastrianism and its mythology in Persia. ​​
Politics: 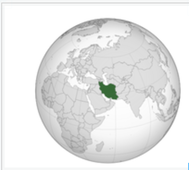 Get Your Affairs in Order: The Paradox of Modern Iran and its Implications on World Affairs
In this lecture we will get an understanding of the timely topic on the different challenges and opportunities in the Middle East. The structure of the Islamic Republic of Iran's theocratic politics, as well as the concept of jurisprudence of Velayat Faghih, will be examined.

​​​The Supreme Leader: Who Has the Ultimate Power in Iran?
If the United States wants to improve relations with Iran, it can happen only with the approval of  Ayatollah Khamenei, the Supreme leader of the Islamic Republic of Iran. His omnipresent portrait overlooks public squares and is showcased on billboards, posters, and in private and government offices. Forbes magazine has selected him on the list of one of the most powerful people in the world. In this lecture we will examine this leader's authority, and introduce his predecessor and possible successor. ​​
Human Rights: 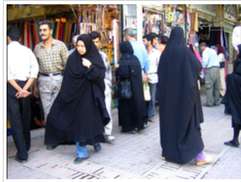 Morality Police in the Islamic Republic:
What is it like to be a woman in Iran today?
Women in Iran enjoy relatively more rights than their counterparts in surrounding countries, but they are still denied many fundamental rights that American women take for granted. For example they are subjected to draconian rules regarding relationships and marriage, how to dress, and how to behave. They are also treated as second-class citizens when it comes to participating in cultural events, travel, or the judicial system. This seminar will provide an overview of women's rights in Iran today. 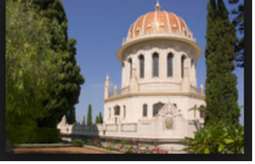 ​​​​The Baha'i faith​:
​The status of Iran's largest non-Muslim religious minority
The Baha'i faith is one of the youngest of the world's religions. In this informative lecture, we will get a deeper understanding of the tenets of this modern faith which was founded in the mid-19th century Persia. The adherents to this faith are the largest non-Muslim religious minority in Iran, with an estimated 350,000 members throughout the country. The historical background and the marginalization of the Baha'is in Iran at the present time will also be discussed. ​​
Religion:

​​​​The Sunni-Shia Divide: Iran and Saudi Arabia
​Islam’s schism has existed for fourteen centuries. The two countries that compete for the leadership of Islam, Sunni Saudi Arabia, and Shi'a Iran, have used the sectarian split to further their ambitions. In this lecture we will examine the Sunni and Shi'a divide and analyze its impact on the Middle East, especially in Syria, Iraq, Lebanon, Bahrain, and Yemen. 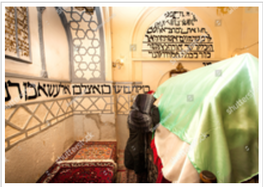 ​​​​From Babylonia to Persia to the Islamic Republic of Iran:
The 2,700-Year-Old Odyssey of Iranian Jewry
The Jewish people have lived on the Iranian plateau for approximately a thousand years before the arrival of Islam in 650 C.E. to the region. In this lecture we will examine Iran's hostility towards the legitimacy of the State of Israel, and focus on the impact of the Islamic revolution on the Jewish and Christian communities, who are considered as the 'People of the Book.'
Culture: 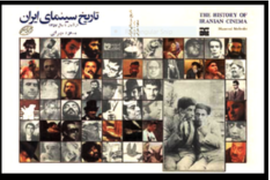 ​​​​Iranian Cinema: Understanding Iranian Culture and Current Affairs through the use of Cinema
Iranian cinema has gained international reception in recent years, especially after receiving an Oscar for the best foreign-language movie in 2012 and 2017.  In this entertaining presentation, we will examine the gender and social dynamics of Pre and Post-revolutionary Iran, by reviewing highly acclaimed contemporary ​Iranian and American films. 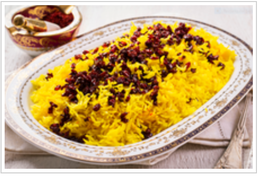 ​​​​Saffron and Cardamom: Exploring Iran's rich culture through its food
Persian cuisine, with its display of beautiful colors and aromas, is gaining popularity in the West. In this entertaining and mouth watering lecture,
we will utilize Persian cuisine to provide attendees with insight into the nation's culture, economy, environment, and history. For example, we learn  which foods are used for holiday celebrations, religious ceremonies, and  civic events. The presentation will also highlight Persian foods' health benefits by taking attendees through a virtual tour of a bazaar.​
Interested in having Jacqueline speak at your next company event,
​program, conference, or board meeting?